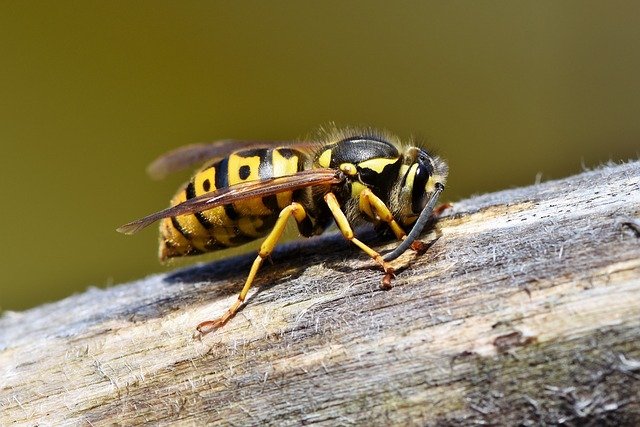 How to control European Hornets

What are the European Hornets?

The European hornet also called the giant hornet or the brown hornet gets its common name from its introduction from Europe into the New York area in the 1800s. hornets are much larger than yellow-jackets and, unlike most stinging insects, can be active at night. Keep reading to learn about European hornet removal and extermination.

Looking to get rid of wasps, hornets, and yellow-jackets? Change exterior lights to yellow bulbs to reduce this insect’s attraction to your home or property. Promptly remove any fallen fruit from trees, as it attracts these hornets. If you suspect an infestation or find a nest on your property, contact a licensed pest control professional. Do-it-yourself removal is not advised. A professional will conduct an evening inspection since this is when hornets are active.

European hornets are social insects and live in colonies that may contain between 200-400 members at their peak. They usually appear in late summer. Hornets prey on a variety of large insects such as grasshoppers, flies, yellow jackets, and honeybees. They help control insects that would otherwise become pests without the local presence of European hornets and yellow-jackets.

European hornets queens spend the winter hibernating. In the spring, they use chewed upwood they have gathered to build a nest. The nest starts out with only a few cells in which the queen lays eggs. The queen feeds nectar and insects to the hatched eggs. When the hatched eggs mature, they become the workers. The workers are sterile females. Later in the summer, fertile females and males begin to hatch. Fertile, mated females will become the queens for the next spring. The workers and males die at the beginning of winter and do not overwinter for the following year.

European Hornets and yellow-jackets can do a great deal of damage to trees and shrubs because they strip the bark to get to the sap. They also use the bark fiber to build their nests.

They have smooth stingers, so they can sting over and over again. Hornet stings also carry venom that makes the stings hurt, itch, or swell for about 24 hours. Hornet sting has the same risk of allergic reactions as with other insect stings. If you suspect you have these pests on your property, you should contact a bee specialist’s professional immediately.

How to avoid Bees Wasps Hornets Stings around your home?

The following tips are recommended to avoid getting stung by stinging insects.

Why i get stung while mowing my grass?

How can I protect my dog from stings

Do you want to learn more about European Hornets? Check out the following links.